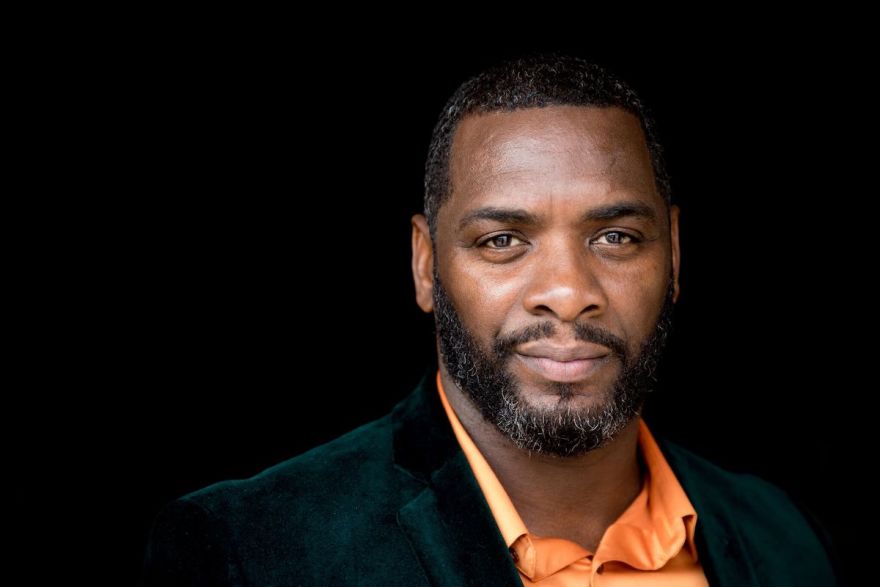 Our conferences are always special, but this year was the first online Zoom conference we have ever held. Although it was a different experience, we still had opportunities to meet others virtually, hear excellent and inspiring speakers, and reflect on the importance and value of the correspondence we share with our friends on the row.

Born in Cambridge, in the UK, Clive studied law in the US, practised for many years in the South and set up the Louisiana Crisis Assistance Center. Early in his career, Clive represented a young man, Edward Earl Johnson, who was facing execution in Mississippi. His fight to try to save Edward’s life was filmed as Fourteen Days in May and the documentary was screened on British television in 1987. Clive was brought in as a young lawyer of 26 to defend Edward for the last few weeks of his life. Sadly Edward was killed despite all Clive’s attempts to save him. Clive was with Edward on his last walk to the gas chamber and still regrets the utter tragedy of what happened.

Clive went to the USA at the age of 19, when, as he put it, he was young and arrogant, and wanted to write a book which he felt would lead to the end of the death penalty. He first travelled to Georgia and was sent to death row to visit and interview people who would help to make his book. Clive told stories of a few of the people that he met on death row and the impact that they’ve made on him, and concluded that with his experience now he would have been more use to Edward Earl Johnson and could have even stopped his execution.

On his return to Britain, Clive founded Reprieve in 1999. The charity provides free legal and investigative support to vulnerable people throughout the world: those facing execution or victimised by abusive counter-terror policies such as torture and extrajudicial imprisonment.

Clive outlined the case of Kris Maharaj, a British businessman who was convicted in 1986 of a murder that he certainly didn’t commit. Clive said the Supreme Court has made a ruling that innocence itself is not enough to get you out of prison and he felt like Kris Maharaj’s case was a prime example of this. Clive started to represent Kris in 1993 and although Kris’s death sentence has been vacated he’s still in prison for life without parole which Clive feels strongly is just another form of death penalty. Kris, who is now 81, was ruled innocent in 2019 but has still not been released. Clive’s mum used to work for the Samaritans, a charity that offers listening and support to people and communities in time of need, and he feels LifeLines members do a similar job, in that they prevent people from despair and give hope. Clive thanked everyone in LifeLines for the things they do to bring hope and dignity to people on death row.

LifeLines was pleased to welcome Christopher Scott from Texas as our second speaker. Christopher spent 13 years in prison for a capital murder he did not commit. After his eventual exoneration and release, he was determined to do all he could to help other victims of miscarriages of justice. He joined with two other men – Johnnie Lindsey, and Steven Phillips, who had also been exonerated after decades behind bars as innocent men, and set up House of Renewed Hope. They and their team investigate innocence claims and advocate for legislative change in the US criminal justice system. Their story is told in the award-winning documentary film ‘True Conviction’. You can read more about the organisation and its people at www.houseofrenewedhope.org

Christopher woke up at the crack of dawn to speak to us live from Texas.

In 1997, Christopher worked at a grocery store where a guy called Claude used to come in and talk about his struggles with drugs. Christopher saw a lot of drug use around him and used to advise Claude how to get out of his situation. One Sunday Christopher was at home with his girlfriend and his children and had settled in front of the TV when Claude called him. After several calls Christopher decided meet him and drove over to Claude’s house. As he drew up outside his house he noticed the street was full of cops. Christopher picked Claude up. They went for sodas then drove around a bit and went back to Claude’s. By this time, there were more police around, including helicopters. Christopher decided to wait for things to quieten down and went inside with Claude. They heard the police asking them to go outside but as they had not done anything they were unsure why. Suddenly they were surrounded by cops pointing guns at them. They had to lie on the ground along with other local African American men who were rounded up because they fit a loose description of some suspects. Christopher was handcuffed, taken to a centre and tested for gunshot residue. He was put in an identity parade and was falsely identified by a woman who had been sexually assaulted and whose husband had been killed earlier in the evening. He was accused of being a known drug dealer even though he had nothing to do with drugs. They accused him of capital murder and he was locked up, along with Claude. As he waited for his trial, he felt sure he would be released as there was no DNA or physical evidence connecting him to the crime, only the eyewitness account of one lady. After three lots of jury selection they ended up with an all white jury, judge, defender and prosecutor. Christopher felt he would be judged on the colour of his skin. Before the trial, the judge asked Christopher if there was any reason why she shouldn’t seek the death penalty. Christopher said ‘How could you kill an innocent man?’ and the judge told him he had just saved his own life, and they would go for a life sentence. The jury took less than an hour to find him guilty.

He was 27 years old then and he was told he would be only considered for parole in 40 years time which meant he would be 67 before he got out. When he arrived at the prison he was worried he might never get out alive so he can remember savouring his last few minutes outside, feeling the rain on his face, before he actually went into the building. He found four things to help keep him sane in his situation – gaining weight by working in the kitchens where he might have access to more food; building up his muscles by working out; reading as many books as he could, and taking an interest in soap operas. He says that soap operas are mandatory in prison even for big scary guys!

Five years later the man who actually committed the crime ended up sitting in a barber’s shop in a different prison where Christopher’s brother was the barber. This man confessed in the barber’s chair not knowing that he was speaking to Christopher’s brother. The man agreed to write an affidavit confessing to the murder which was then sent to the DA. Unbelievably, the DA refused to accept it saying that this was a closed case.

Five years later a young law student took up his case, and this time Dallas County had elected the first African American DA which felt like a miracle as many felt they would now be listened to. People started to be exonerated.

Some time later his mother came to visit and told him this might be the last day that she would come to visit him because he was coming home. Christopher didn’t believe it but back in his cell there was a letter from the DA saying they were looking at his case. Eventually he was sent back to Dallas County and then a month later he was exonerated. Christopher was the first person to be exonerated without DNA, and just on the strength of a polygraph. It was the most amazing day when he got his freedom back. Before, he didn’t value small things but afterwards he cherished lots of details like walking to the mailbox, opening his refrigerator, and not having to ask for the remote control for the TV. Christopher said you know you are free if you have your own remote control.

This conference was unique in the history of LifeLines, and it was exciting to see that it was very well attended. It also meant that people who would usually find it difficult to attend a conference in London were able to participate which was really positive.